In this book, memoir 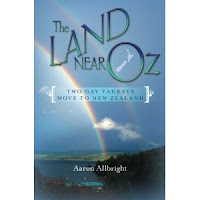 ist and humorist Aaron Allbright examines the mystical fringes of life with a side of love and a little hash. Filled with great affection, indescribable moments of serendipity, and a few cattle calls, this debut is a raucous spot of fun.

When Aaron Allbright and his better half, Beau, buy a piece of paradise from the direct descendants of the first English missionaries to inhabit the far side of the Far North of New Zealand, they meet the offspring of whores, convicts, whalers, English pirates and those first missionaries. Their closest seaside neighbor is Australia, 1,500 miles away (known to everyone thereabouts as Oz).

About the author:
Like Huck Finn, Aaron Allbright was born in Missouri and grew up on the banks of the Mississippi. He spent three years in the Peace Corps in Sierra Leone before traveling overland through other parts of Africa for a year and crossing the Sahara twice. Later, he called Saudi Arabia (eight months) and France (four years) home.

In Paris, he was a member of the Union des Artistes and acted at the Duncan Theater in the Rue de Seine and at the Theatre de l’Atelier in Montmartre. He and his spouse trekked extensively in the Himalaya before settling in Orange County, California. 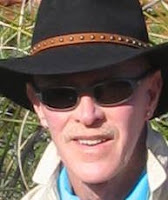 For the past six years, they have lived in New Zealand with two cats, two dogs, sheep, cows and a donkey named Don Quixote. The Land Near Oz is his first memoir. Aaron Allbright has degrees in Russian Area Studies, Russian literature, and linguistics and has taught in Sierra Leone–West Africa; Saudi Arabia; Paris; the University of California Irvine; and was a tenured professor at Saddleback College, Mission Viejo, CA.

From Orange County, California, to the land of cannibals and flightless birds, the Land Near Oz, two gay men decide to chuck it all and light out for the Territory—and to find what's over the rainbow. There are Maoris with traditional full face and body tattoos; a former member of Led Zeppelin; a Texan named Big Mama. And in the wild hinterland paradise of Evermore, dreams are made and life is good, but just not in the way either Aaron or Beau hoped, planned, or could have ever imagined.

Amazon link to the book
Posted by Unknown at 9:03 AM
Email ThisBlogThis!Share to TwitterShare to FacebookShare to Pinterest
Labels: Aaron Allbright, book review The Land Near Oz, gay book New Zealand, gay writer